The IPCC is currently working on the new Sixth Assessment Report. Like with the five previous assessment reports, this report will be again a landmark publication for climate change research. In this blog post I want to tell about my experience with reviewing a previous IPCC report, for which I even was selected to become a contributing author. About two years ago I found out that Working Group II of the IPCC was working on a new report called Climate Change and Land. The IPCC is divided over…

Worldwide, Mediterranean cropping systems face the complex challenge of producing enough high-quality food while preserving the quantity and quality of scarce water for people and agriculture in the context of climate change. While good management of nitrogen (N) is paramount to achieving this objective, the efficient strategies developed for temperate systems are often not adapted to the specificities of Mediterranean systems. In this work we combined original data with a thorough literature review to highlight the most relevant drivers of N dynamics in these semiarid systems. To do so, we provide an analysis at nested scales combining a bottom–up approach from the field scale with a top–down approach considering the agro-food system where cropping systems are inserted. We analyze the structural changes in the agro-food systems affecting total N entering the territory; the contrasting response of yields to N availability under rainfed and irrigated conditions in a precipitation gradient; the interaction between N management and climate change adaptation; the main drivers affecting the release of Nr compounds (NO3-, NH3, NO, N2O) as compared with temperate systems; and finally, the behavior of N once exported to highly regulated river networks. We conclude that a sustainable N management in Mediterranean cropping systems requires the specific adaptation of practices to the particular local agroenvironmental characteristics with special emphasis on water availability for rainfed and irrigated systems. This approach should also include a systemic analysis of N inputs into the territory that are driven by the configuration of the agro-food system. 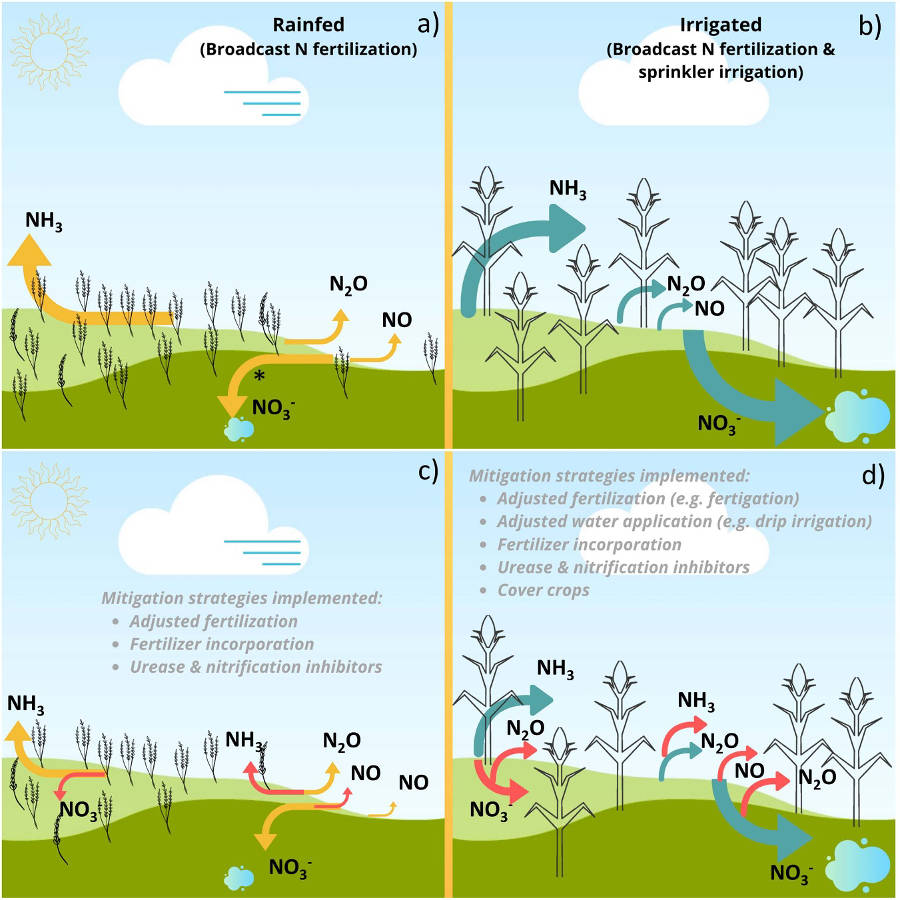 See All My Publications

The impact of climate change on soil erosion: a systematic review

The impact of land use change, climate change and reservoir construction on ecosystem services in a Mediterranean catchment